What a difference three months make
After a near bear market in the final three months of 2018, we have experienced a sharp reversal in global equities during the first quarter of 2019. The stage seems to be set for this year’s rally, with hints to a resolution in the U.S. and Chinese trade dispute, early signs of Chinese stimulus taking hold, and an optimistic shift by the U.S. Federal Reserve and other central banks. We often cite that equity markets move up or down for many reasons and that market valuations tend to return to fundamentals over the long term. This quarter was no exception. While long-term investors held fast, those who were influenced by the fluctuations and sold late last year have not participated in the rally.


Canada
The S&P/TSX was able to look past weak housing, consumer data and political noise, rising 12.4 percent during the first three months of the year. The Canadian stock market was driven higher by energy prices and generally positive market sentiment. Oil, as measured by West Texas Intermediate (WTI), rose nearly 30 percent, supporting the commodity-heavy S&P/TSX. All ten sectors were positive in Canada with a widespread rally.

The United States
Despite issues ranging from slowing global growth and the political climate, the S&P500 had its best quarter since September 2009, seemingly influenced by optimism around trade talks and the Federal Reserve’s move towards freezing interest rates increases. The S&P 500, Dow Jones and Nasdaq were up 13.1, 11.2 and 16.5 percent respectively. One reason for the recovery is the expectation that a U.S.-China trade agreement will stabilize the global economy which would help boost corporate earnings.

Overseas
In overseas markets, international equities rose 9.0 percent in U.S. dollars, as measured by the MSCI EAFE index (Europe, Asia & Far East). Overseas markets were driven higher on expectations that Chinese government stimulus would support the underlying economy and those economies that rely on China. For example, nearly a quarter of European exports are to China. We are beginning to see early signs of green shoots from China’s investments and that has supported equity markets globally.

Central bank policy
In 2018 we saw central banks increasing interest rates based on global economic strength. The narrative has flipped in 2019, where central banks are pausing interest rates hikes due to muted global economic growth. In 2018, the Bank of Canada increased its interest rate to 1.75 percent in the form of three rate increases of 25 basis points each, while the U.S. Federal Reserve raised its overnight rate four times from 1.25 percent to 2.25 percent. Capital markets do not predict that either Central Bank will raise interest rates this year; in fact, the odds are that they may cut them.

Looking forward
The last quarter of 2018 was the worst quarter for stocks in seven years. Alternatively, the first quarter of 2019 was the best quarter for stocks in 10 years. We’re not suggesting that a recession or a bear market are imminent, however, we do need to be respectful of the length of the current economic cycle and where we are within it. Therefore, we believe that a balanced asset allocation and a defensive approach throughout the year may serve investors well.

No matter how you envision your retirement, the best way to make it a reality is to develop a plan and stick to it. We can help.

Planning details for your projected major purchases will help estimate the cost and the amount of savings you will need.

Do your homework. How will you ensure that you or your children can continue to focus on school rather than how to pay for it?

Use of these tools does not replace a comprehensive financial plan. There are numerous factors such as government benefits, taxation, life expectancy and lifestyle that will impact the calculator results differently. 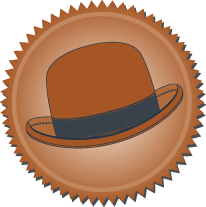 Our firm can be compensated in three different formats depending on the services we provide to you:

In every situation, we take the time to fully explain exactly how we are paid. We would be happy to discuss with you further.

It is never too early or too late to formulate a plan. You have a better chance of reaching your goals (be they education planning, budgeting, major purchase planning or retirement/estate planning, etc.) by formulating and implementing a strategy.

The answer to this can be different for each individual. Factors such as current and future income sources and levels, marginal income tax rates now and at time of withdrawal, objective/timeframe for use of the investment and other factors, the answer could be RRSP, TFSA or in some cases, both.

Have a different question?